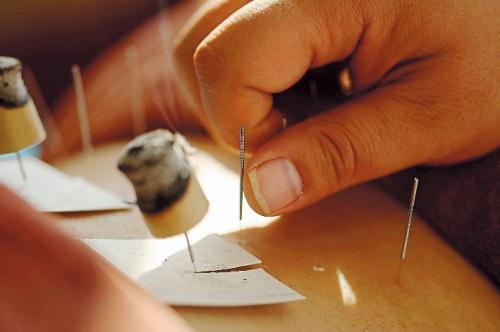 In 2009, I came to Shanghai from Iran. At that time, I was just 23. My fate in China began with a car accident in which my friend injured his hand, suffering from lasting numbness after surgeries. He tried many treatments to regain sensation, but none were effective. One day, when he was passing by an acupuncture clinic, he decided on a whim to try it, though he was skeptical. After a month, he was cured.

Such effectiveness led me to develop a strong interest in Chinese medicine, and I was determined to study it in China. In 2011, I transferred to the Shandong University of Traditional Chinese Medicine and began my studies. While living and studying in Shandong, I learned that the province — home to the famous philosophers Confucius and Mencius — has a profound cultural heritage. The hospitable, honest, and humanistic qualities of the Shandong people are encoded in the local culture, often referred to as Qilu culture, harkening back to the Warring States Period (475-221 BC) kingdoms of Qi and Lu. These unique and long-lasting cultural traditions inspired me to read the Confucian classics, and I gained a deeper understanding of Chinese culture.

Since I came to the beautiful mountain city of Chongqing in 2018 to work in the Center for Iranian Studies of the School of History and Culture at Southwest University, I have had more opportunities to research and promote traditional Chinese culture.

China and Iran, known in ancient Chinese documentation as Anxi, are both ancient civilizations. Medical exchanges between the two cultures began centuries ago as a result of their trade connections through the Silk Road and the Maritime Silk Road, over which passed new practices and substances.

Persian historical texts, such as The Canon of Medicine by Avicenna and The Comprehensive Book on Medicine by Abu Bakr al-Razi, refer to herbs derived from China. Similarly, classical Chinese texts such as Important Formulas Worth a Thousand Gold Pieces for Emergencies, Newly Revised Materia Medica, and Compendium of Materia Medica recorded medical knowledge and drugs introduced to China from Iran.

Traditional Chinese medicine is of great value and can play a significant role in improving human health and the quality of life. International recognition has been increasing, and it is gradually being incorporated into the medical systems of many countries.

Traditional Chinese medicine is now in use in 196 countries and regions, and the Chinese government has signed special cooperation agreements to promote it with more than 40 countries, regions and international organizations, according to the National Administration of Traditional Chinese Medicine.

Thailand, France, Canada, the United Kingdom, Australia, Iran, and some other countries have given legal status to and begun to incorporate traditional Chinese medicine into their regulatory regimes. Practitioners of the art need to go through local health channels, and they can only practice after registering with the relevant authorities, taking a qualification examination and obtaining certification.

Iran is one of the most important countries involved in the Belt and Road Initiative, and there is great potential for medical cooperation with China. Traditional Chinese medicine is developing rapidly in Iran and has a bright future. Data from Iran's Ministry of Health and Medical Education showed that there were more than 200 acupuncturists in the country in 2016. Meanwhile, Iranians are taking to using traditional Iranian herbal medicine, providing good potential for Chinese alternatives to enter the market.

In 2010, the ministry formulated the Regulations on the Implementation of Complementary and Alternative Medicine, which divides complementary and alternative medicine into more than ten types. Traditional Chinese medicine is listed as a holistic medicine, alongside heritage medicinal practices from other ancient cultures such as India. The regulations stipulate that foreign university degree recipients are allowed to conduct medical activities within a prescribed scope.

In order to standardize and improve the scientific nature of diagnosis and treatment in traditional Chinese medicine, in 2014 the Office of Technical Evaluation, Standardization, and Health Expenses of the Ministry of Health and Medical Education of Iran and the Office of Clinical Guideline Standardization jointly formulated and promulgated clinical guidelines and practice specifications.

The measures cover ten different TCM practices, from acupuncture and massage to limited bloodletting, and set standards for use cases, precautions, procedures, materials and hygiene. However, more needs to be done to bring practices in line with international standards in areas such as education and equipment.

In recent years, traditional medicine in Iran has gone from prohibition to acceptance, overcoming a low profile, unfamiliarity and lack of support, and is now becoming a mainstream complement to the country's medical system. With joint efforts by both China and Iran, deeper cooperation and exchange can promote the progress and development of traditional medicine to better meet the health needs of both countries' peoples.

Fang Aiqing contributed to this story.

Ehsan Doostmohammadi is an associate researcher with the School of History and Culture at Southwest University in Chongqing.