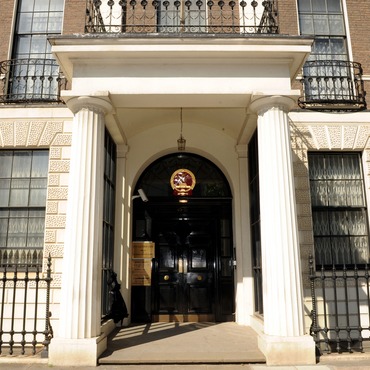 Question: A British media reported from a source that a Chinese-made SIM card capable of tracking and transmitting location data was discovered in a sweep of government vehicles, which "raises serious national security concerns". What is your comment?

Embassy Spokesperson: The above-mentioned accusation is groundless and sheer rumor.

China has always acted aboveboard and with integrity. China has no need and no interest in collecting information on the location of British vehicles. Some people in the UK would do well to not become paranoid about everything, stop spreading disinformation and playing games of a thief crying "stop thief".

It also needs pointing out that the Chinese government always encourages Chinese companies to participate in foreign trade and investment cooperation in accordance with local laws as well as market principles and international norms. We are firmly against political manipulation of normal economic cooperation and smear of Chinese businesses. Some forces' act of smearing and suppressing Chinese enterprises and pushing for decoupling and disrupting supply chains would not only seriously undermine international trade rules, but also fragment the global market and push up development costs in their own countries. Their action is ultimately self-defeating.