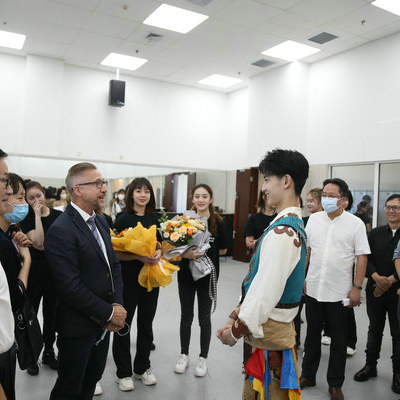 Two-time Tony nominated Broadway choreographer and director, Joey McKneely, has been appointed by Beijing Dance Academy to teach in the university's musical department.

According to Ba Tu, Party secretary of Beijing Dance Academy, in the next three years, McKneely will work with students and teachers of the university as well as train students from the middle school affiliated with the university. He will participate in creating original Chinese musicals by working with Chinese artists.

McKneely's credits include West Side Story and The Boy From Oz.

McKneely is the second foreign teacher that Beijing Dance Academy has announced since the new semester, which started in early September. Before McKneely, legendary ballet dancer and choreographer Vladimir Malakhov joined in the university.

On Sept 8, Beijing Dance Academy held a symposium on the theme of "Student Cultivation and International Development Model of Ballroom Dance (Dance Sport)" and it has launched a global recruitment program for the director of ballroom dance department of the university.