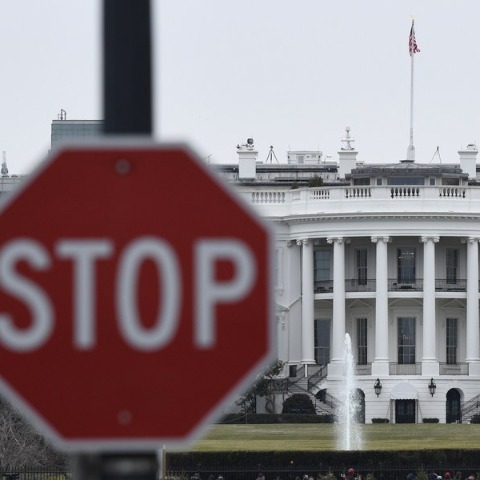 US must stop diluting one-China principle

No good tree bears bad fruit, nor again does a bad tree bear good fruit, for each tree is known by its own fruit, so says the Bible. The dangerous provocations of US House Speaker Nancy Pelosi, who became the first US House speaker to visit Taiwan in 25 years, followed by the US congressional delegation led by Massachusetts Democratic Senator Ed Markey, who arrived in Taiwan on Sunday for a two-day visit, is a blatant example of a bad fruit of the US politics.

The US' wanton tampering with the basic relationship norms established by China and the United States in 1979 when they established formal diplomatic relations, and Washington's manipulation of the basic rules governing Sino-US ties have nurtured this fruit.

The US politicians need to accept that the Taiwan question, which is at the core of Sino-US relations, is China's internal matter and respect the basic norms of bilateral ties. And the US should work with their Chinese counterparts and the international community to promote global development and prosperity, and safeguard global security.

The US side irresponsibly claims that China overreacted to Pelosi's visit. However, her visit has triggered a de facto crisis across the Straits, and it is purely thanks to Beijing's restraint that her visit has not led to the Sino-US tensions escalating. What's worse, the Markey delegation's visit to Taiwan, hard on the heels of Pelosi's, shows that Washington wants to further ratchet up tensions by repeatedly testing Beijing's bottom line.

The US should bear in mind that it should uphold the basic commitments that it made to China following former US president Richard Nixon's visit to China in 1972. This is not only a question of mutual respect, but also a prerequisite for managing the competition between the two sides and maintaining peace and development in East Asia and beyond.

In recent years, due to the change in the balance of power between China and the US, the attitude of US politicians toward China has undergone drastic changes. To maintain its global hegemony and American exceptionalism, the US changed its China policy toward the end of the Barack Obama administration. And the Donald Trump administration, which took office in 2017, for the first time described China as the US' main strategic competitor and a potential "threat" greater than Russia.

Consequently, although Washington still claims to follow the one-China principle, it has been increasingly challenging China's sovereignty and territorial integrity, and interfering in cross-Straits relations, which is China's internal matter, thus thwarting the peaceful reunification of the Chinese nation. So much so that it has lined up its Western allies and partners to "protect" the island against Beijing.

From the Trump administration to the Joe Biden administration, the US policy on cross-Straits relations has become more intrusive, moving away from the basic norms enshrined in the three joint communiques issued by China and the US. The trend of hollowing out the one-China principle and international law by the US administration and Congress has become more rampant of late. Seen in this light, Pelosi's trip is in defiance of the commitments it made in the three joint communiques.

The present crisis may be the doing of politicians such as Pelosi, but its root cause is the US' regressive policy and reckless use of the Taiwan card, as well as its support to secessionist forces on the island and attempts to weaken and contain China.

The US' policy on cross-Straits relations is absolutely unacceptable, for it not only violates international rules, but also tramples on the basic international norms governing state-to-state relations.

Recognizing that there is only one China and Taiwan is an integral part of China, not interfering in China's internal affairs, promoting cross-Straits dialogue and cooperation, and opposing extremism and separatism on the island constitute the foundation for Sino-US relations.

The US' scheme to hollow out the one-China principle is an attempt to tamper with international rules that Washington itself established and has been advocating for the past 50 years and more. The US has always paid lip service to international rules, but by trying to hollow out the one-China principle, it has fully exposed its hypocrisy and selfishness.

Since the end of World War II, separatism and secessionism have been one of the main causes of conflict and turmoil in many countries around the world. One of the reasons why the Russia-Ukraine conflict broke out is the US' attempts to corner Russia by triggering a "color revolution" in Ukraine in 2014 and extending NATO eastward.

If the US continues to encourage "Taiwan independence" forces to maintain its global hegemony and fulfill its narrow political goals, it will not only worsen Sino-US relations but also pose a major threat to East Asian peace and stability.

The Chinese goal of peaceful national reunification has not changed, but China will not stop from bolstering its military deterrence to prevent the secessionists on the island from making any foolish moves.

The author is dean of the School of International Studies, Nanjing University. The views don't necessarily represent those of China Daily.