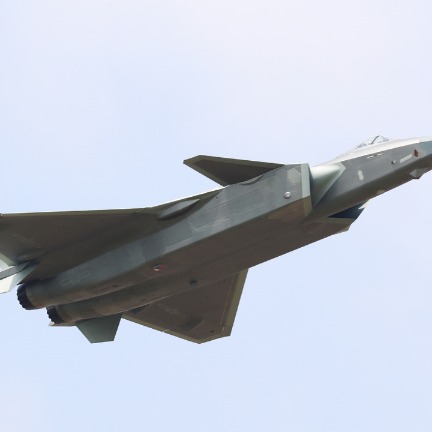 This is the first time that Chinese official sources have confirmed that a J-20 was employed to identify foreign military planes in China's ADIZ. That's of great significance.

The J-20 is equipped with airborne active phased array radar that has a longer range of detection, but also a photoelectric aiming system and a photoelectric distributed aperture system. Both systems are able to identify foreign military planes, and combined, their respective capabilities are enhanced.

As the J-20 has made a major breakthrough in identifying foreign stealth fighter planes, it will be more able to cope with the challenging moves of the stealth fighters, such as the F-22 and F-35 fighters stationed in Japan and the Republic of Korea.

It should be further noted that modern fighter planes have the capability to destroy upon discovery, which means they can lock onto a plane and attack it once they find it. That means the J-20 can better cope with the potential threats from F-22 and F-35 of foreign forces.

Besides, in the PLA's military drills around Taiwan island, the radars of Taiwan failed to detect the J-20's path. That means J-20's stealth capability has passed its field test.

In case any military conflict breaks out, there will be high possibility of the Chinese military defeating the enemy's stealth fighters with the J-20 as its key point. In the future, that will further enhance the PLA's ability to defend China's sovereignty and pose a greater deterrence to the secessionists in Taiwan and their foreign bosses who dream of intervening in China's internal affairs.