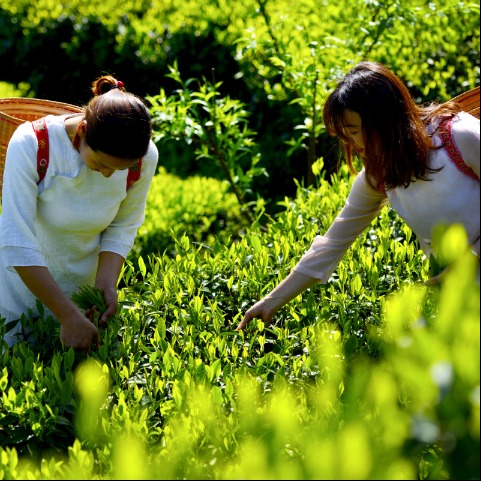 By FENG ZHIWEI in Changsha and ZHENG CAIXIONG | China Daily

Province has lifted over 6.82 million households out of impoverishment

Hunan province in central China has achieved a new leap forward in the fight against poverty after concrete and effective targeted poverty alleviation measures have been introduced in the previous decade.

More than 6.82 million registered poor households have been lifted out of poverty and backwardness while 6,920 poor villages and 51 poor counties in the province have been removed from the province's poverty-stricken list, said Zhang Qingwei, Party chief of Hunan province.

"The problems of absolute poverty and regional overall poverty have been completely eliminated," said Zhang at a news conference in Changsha, capital of Hunan province, on Friday.

Zhang said historic changes have taken place in the poor areas and the lives of residents have been greatly improved in the province, which is one of the country's main battlefields of poverty alleviation.

"Now many people in the poor areas are able to drink clean water, use safe electricity and live in new brick houses," said Zhang, who is also chairman of the Standing Committee of Hunan Provincial People's Congress.

"Mobile payment has now been used in small supermarkets in the province's most remote mountainous areas," he said.

Nine-year compulsory education has been fully popularized while basic endowment insurance for urban and rural residents has been assured in the entire province, said Zhang.

Meanwhile, Hunan attaches great importance to ecological and environmental protection while redoubling its efforts to accelerate development and vitalize the rural economy in recent years, he said.

The province's forest coverage rate was nearly 60 percent while its wetland protection rate hit 70.5 percent, and the water and soil conservation rate reached 86 percent in 2021.

Zhang said the Hunan provincial government has also vigorously developed its Red tourism as the province has many Red history and cultural sites. The province was home to Mao Zedong, Liu Shaoqi, Ren Bishi, Peng Dehuai, He Long, Luo Ronghuan and a large number of early leaders and proletarian revolutionaries of the Communist Party of China.