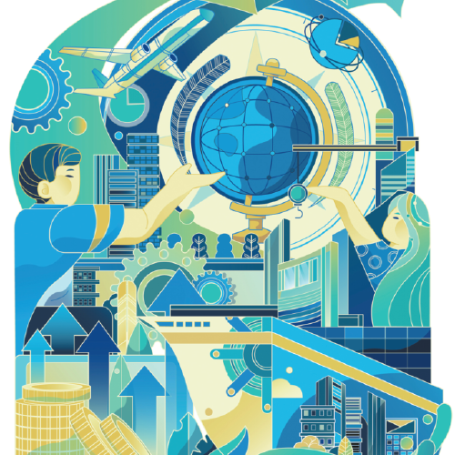 A new strategy for international system

Over the past decade, the international system and order have changed at a pace that has gone beyond expectations. This year, some long-existing geopolitical risks have been exacerbated, and the strategic game between China and the United States, the conflict between Russia and Ukraine and the situation in the Middle East deserve close attention. Meanwhile, the lingering COVID-19 pandemic may lead to intensified internal conflicts in some countries, and rising nationalism and protectionism in some regions could stand in the way of globalization. Under such circumstances, China's strategy for the international system is being adjusted accordingly.

There are many changes in the evolving international landscape, which pose many difficulties to the reform of the international system. First, it is difficult for all parties to agree on the need to reform the existing system. The 2008 US financial crisis presented an opportunity to adjust the existing international system, as the US needed the emerging economies, especially China, to help solve the financial crisis. As a result, the status of the G20 was elevated, and the US even agreed to the proposal that the G20 would replace the G7 as the most important platform for discussing the world economy. In this context, China's representation and share in the World Bank and the IMF were enhanced. However, as the strategic competition between the US and China has unfolded, Washington is increasingly viewing the reform of the international system from a zero-sum perspective, trying to suppress and prevent China from enhancing its status in the international system.

Second, the US is pushing the international system toward the direction of "de-sinicization". Since Donald Trump took office as US president, Washington has been trying to exclude or marginalize China through the reconstruction of the international system. For example, it has elevated the status of the G7 once again, marginalizing and playing down the importance of the G20. It has consolidated its alliances, expanded its network of partners and rolled out new multilateral arrangements that exclude China, including the QUAD and the Indo-Pacific Economic Framework for Prosperity.

Third, the political and economic system is becoming increasingly fragmented. Different countries hold different positions and attitudes on the Russia-Ukraine conflict. In recent years, the slowdown and reversal of globalization, the acceleration of regional integration and the rise of "minilateral "arrangements have shown that different parties are moving forward the development of the international system in different directions, which has made reform more difficult.

First, it is important to inject fresh blood into the existing systems to make them healthier. The international system has always been in the process of dynamic adjustment, featuring both evolution and degeneration. Now the US is pushing the system to degenerate, back to the old US-led, West-centric system, while China wants to push the international system in a fairer and more just direction.

Finally, the number of platforms in which China can play a role in international affairs should be increased. The US's strategic competition with China is in fact its attempts for strategic containment and suppression. Under this background, there is increasingly limited room for China to play a role in the existing platforms. Under this circumstance, China should give more consideration to building new institutions and mechanisms and opening up new paradigms to enable the more efficient evolution of the international system.

The author is the dean of the Institute of International Studies at Fudan University. The author contributed this article to China Watch, a think tank powered by China Daily. The views do not necessarily reflect those of China Daily.