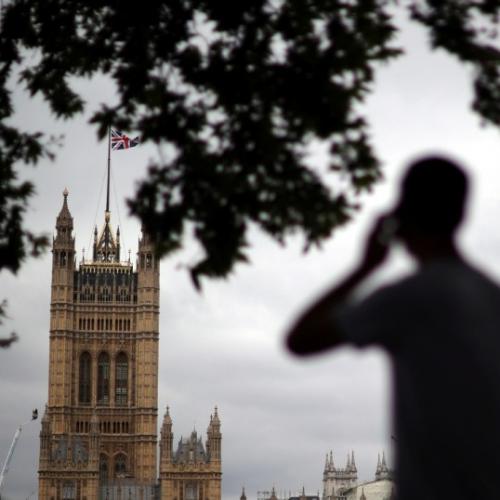 China's embassy in the United Kingdom has slammed "the despicable and cowardly action" of certain members of the UK Parliament that caused an annual Commons reception to be postponed.

The summer reception, hosted by the All-Party Parliamentary China Group and the China-Britain Business Council, was scheduled to be held at the Palace of Westminster on Wednesday.

But the event had to be postponed after the Chinese ambassador to the UK Zheng Zeguang was told he could not come to Parliament while Chinese sanctions remain in place against a number of UK lawmakers, according to reports in the British media.

"The despicable and cowardly action of certain individuals of the UK Parliament to obstruct normal exchanges and cooperation between China and the UK for personal political gains is against the wishes and harmful to the interests of the peoples of both countries," the Chinese embassy said in a statement on Tuesday.

The Chinese embassy went on to point out China's sanctions on relevant persons and institutions in the UK in March was a "justified" response by the Chinese government after the UK first decided to impose sanctions on Chinese individuals and entities "based on disinformation and under the pretext of so-called human rights abuse in Xinjiang".

"Relations between states must be based on the principles of mutual respect, equality and non-interference in each others' internal affairs.

"The Chinese side has always been resolute in responding to and would never tolerate any attempt at harming China's core interests," said the statement.

Despite the postponement, the Chinese embassy praised the All-Party Parliamentary China Group and China-Britain Business Council for their "positive roles in promoting dialogue and cooperation between China and the UK".

"We will stay in close communication with friends from all walks of life including the UK Parliament and work together to promote exchanges and collaboration in all areas in order to better benefit the two peoples," the statement said.