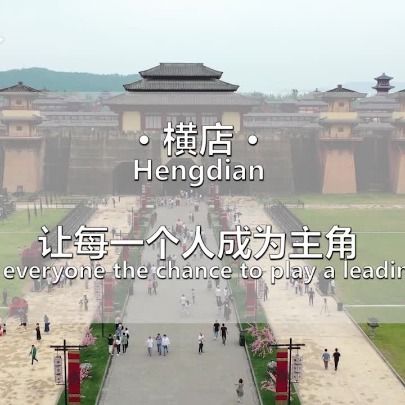 Hengdian World Studios: Giving everyone a chance to play a leading role

Hengdian World Studios, the world's largest film and TV base, makes dreams come true for tens of thousands of people. Located in Hengdian county, Dongyang city, East China's Zhejiang province, it opened to the public in 1996, and gives everyone who works there the chance to play a leading role.

"Hengdian is like a university, where I learned things that schools cannot teach," said an actor at the studios.

In this video, China Daily reporters interviewed actors and actresses as well as a magician, intern, sanitation worker and restaurant owner at Hengdian, learning about their dreams as well as their understanding of common prosperity.