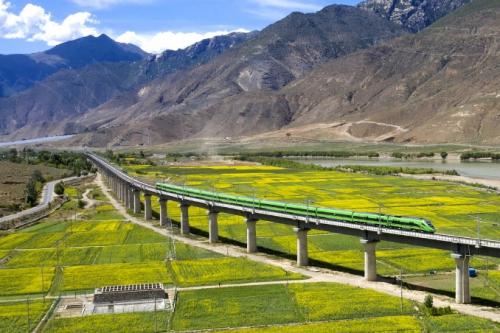 According to China State Railway Group, the national railway operator, the line, linking the regional capital and major cities, handled 3,500 trips a day on average.

According to Lhasa railway station, tickets are in sufficient supply between Lhasa and Shannan and Nyingchi, fulfilling the needs of different passengers, including tourists and students commuting between home and school, as well as people visiting families and traveling for work.

To provide better services to passengers, train crew members have received training to serve as translators, tour guides and sometimes medics, if needed. The train's radio repeatedly broadcasts how to use oxygen equipment during operation.

The company also has paid much attention to the maintenance of the train. A full inspection, including seats, air conditioners and oxygen generators, will be carried out after each operation.