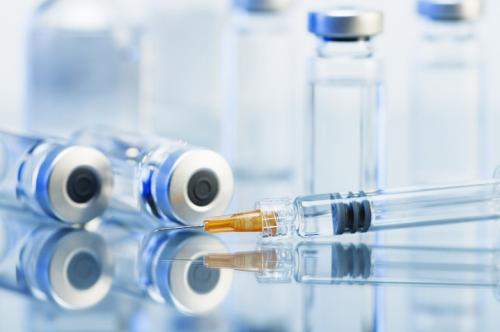 PARIS - The United States is set to buy 500 million Covid-19 vaccine doses to distribute around the world, media reported Wednesday, as France and Belgium relaxed virus restrictions to allow restaurants and cafes to serve indoors.

The Washington Post and New York Times, citing people familiar with the matter, said President Joe Biden was due to formally announce the huge donation of Pfizer-BioNTech doses at a G7 meeting in Britain this week.

The move comes as the United States faces pressure to do more about the global vaccine shortage, with rich countries having bought up the lion's share of early supplies.

With the global death toll at more than 3.7 million, many nations are still struggling to contain outbreaks.

Rapid vaccine rollouts in wealthier parts of the world, however, including the US and Europe, are allowing the return of activities unthinkable just a few months ago.

In France, that included sipping a drink inside a cafe, allowed on Wednesday for the first time in months.

"It's a pleasure to have a coffee inside. Normal life is gradually resuming," said transport worker Hammou Mraoui, enjoying a coffee in a Parisian bar.

With the easing of the curfew in France, venues are not only opening up inside, they're open later outdoors too -- an extra two hours to 11:00 pm.

The new measures also saw gyms open their doors to the relief of fitness buffs like Stephanie Moscoso.

"I put on the alarm clock this morning, it was super early, I saw the sun, I said to myself: this is the beginning of a new life!" said the 35-year-old, who hit her local gym in Paris at 8:00 am.

Europe is continuing to see infection spikes in some places -- Portugal, for instance, delayed Lisbon's post-lockdown reopening on Wednesday.

But the bloc's accelerating vaccination campaign has fuelled hopes of a return to normality. Almost half of all adults in the EU have received at least one shot, with almost 26 percent fully vaccinated.