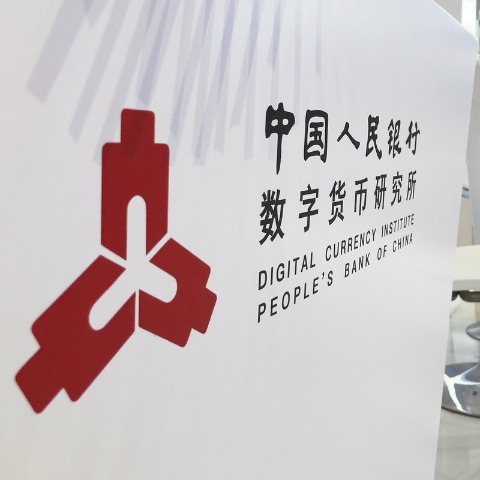 The People's Bank of China will allow participants in the next phase of its digital currency trials to use them for online purchases and offline payments.

"A designated group of merchants in the city will be chosen for the offline payment services, which need to be supported by special mobile phones or upgraded point-of-sale terminals."

Some users will also be allowed to try out the "offline wallet" function, the source said.

Huawei and some designated Vivo mobile phones will support the offline wallet function, after the users download a special offline payment app, he said, adding that the Jiangsu government and participating institutions will select the offline wallet users.

The offline wallet is a special facility or app installed in mobile phones or other terminal devices. If there is no internet connection or the network signal is weak, users don't have to transfer money through the back-end system (which links to the bank accounts).Instead they will have to verify the identity of users, confirm the transaction information and make payment just through the wallet, according to the official promotional material on the digital currency.

On Friday, residents in Suzhou, who won a random lottery, received 100,000 virtual "red packets" totaling 20 million yuan ($3.06 million) to spend through an official app at designated online and offline merchants.

Besides, the PBOC will also test various payment methods during the trials in Jiangsu. Users can make digital currency payments through offline QR codes, offline peer-to-peer payments based on near-field communication technology, or online payments via e-commerce platforms.

Retail giant JD has become the first online platform to accept the PBOC's digital currency. Residents in Suzhou, who won the random lottery, can use the digital currency on the JD app and across some of its offline shops.

Compared with other central bank digital currencies, the digital currency developed by the People's Bank of China has a significant feature, which is continually expanding and experimenting with various scenarios related to people's daily life and the development is led by the government, said Shen Jianguang, vice-president and chief economist at JD Digits.

Before the digital red packets were issued in Jiangsu, residents in Shenzhen, Guangdong province, were given digital currency red packets in October, as the local government desired to spur consumption to curb the epidemic effect.

Zhou Xiaochuan, chairman of the China Society for Finance and Banking and former governor of the central bank, said the PBOC's digital currency is still undergoing research and development, and the designers are constantly solving technical problems.

Some institutions have already participated in the trials, as operators in the "two-tier" digital yuan issuance system, including the four large State-owned banks－Industrial and Commercial Bank of China, China Construction Bank, Bank of China, and Agricultural Bank of China, and the large telecom groups-China Mobile, China Telecom, China Unicom, and payment platforms like Ant Group's Alipay and Tencent's WeChat Pay, said Zhou.