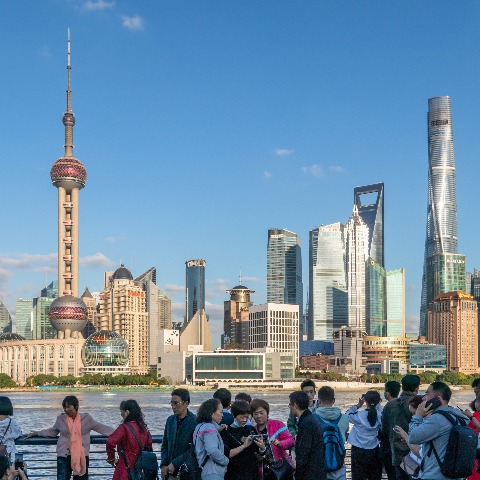 Pilot programs set to promote use of Chinese currency internationally

Pilot programs to promote the international use of the renminbi, the Chinese currency, and encourage more flexible cross-border capital flows are set to be piloted in Shanghai, a former senior government official told China Daily in an interview.

"Some significant new policies, especially those related to trials of promoting the internationalization of renminbi, are likely to be introduced in Shanghai," said Tu Guangshao, former executive vice-mayor of Shanghai and Executive Council Member of China Finance 40 Forum.
.

The upcoming measures will boost Shanghai's ambition of becoming a global renminbi asset center, he said.

Officials and economists have called for accelerating the capital account opening-up, or further freeing the cross-border capital flows for financial investments, to make the currency more important for global investments and reserves. The renminbi exchange rate is expected to be more flexible under the new regime, they said.

Jin Penghui, vice-president of the Shanghai Head Office of the People's Bank of China, the central bank, said last month at the 2020 Bund Summit that the capital account opening-up will be accelerated in Shanghai by encouraging the free flows of yuan-denominated funds, while tackling shocks from international speculative investment and reducing the currency mismatch risks.

PBOC Governor Yi Gang has pledged to push forward the financial opening-up process along with renminbi exchange rate reforms, while promoting the market-oriented internationalization of the currency.

Building an international financial hub in Shanghai and to further open the financial sector is part of China's new growth paradigm, which will ensure a decisive role for the market in resource allocation. It will also enable the country to better pursue independent development and openness, according to Tu.

Further opening-up of the financial sector is necessary for building a "new development paradigm", which will attract more foreign institutions, increase business opportunities and enrich financial products, he said.

More financial reforms will start in Shanghai, the pilot city, including expanding the registration-based system of initial public offerings, and a reform of the financial regulatory regime, including measures to supervise innovative fintech groups. "That will involve many complicated issues about changing the fundamental mechanism," said Tu.

Domestic stock, gold and commodity markets will be further opened up to foreign investors and institutions, which could enable more funds to flow in. The further opening of banking, insurance, securities, fund and wealth management businesses to foreign institutions will help domestic service providers to improve operational and management skills, he said.

The key to establishing an international financial hub in Shanghai is to improve the capital market and depend on an improved financial structure that relies on direct financing instruments, such as bonds and stocks, experts said.

The State Council, the nation's cabinet, issued a policy guidance in 2009, which seeks to build Shanghai as an international financial hub by 2020, compartible with the level of economic development and the global position of renminbi.

"The periodical target has almost been achieved, but it does not mean that the development of Shanghai into a global financial center will stop, instead, the city will face higher standards which require faster pace to grow," said Tu.

Based on the strength of Chinese economy and the international status of the renminbi, "Shanghai is uniquely positioned" to become a global financial center, which will further integrate itself with the global financial system, said Wang Jiang, a professor of the Mizuho Financial Group, which is part of the MIT Sloan School of Management. "A standardized and well-developed market can be a pathway to globalization," said Wang.