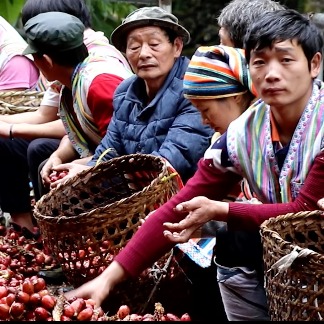 Poverty relief a fruitful pursuit for village in Yunnan

Mu Wenjun, a young village cadre on poverty relief for Dulongjiang township's Kongdang village of Southwest China's Yunnan province, said there were more difficulties than he expected when it came to the work in the village.

But he now says "I feel our work is quite worthwhile". What has contributed to the transformation?

Mu became deputy director of Kongdang in 2019, after the village and all other impoverished Derung communities had been lifted out of poverty. How can the area reinforce these results?

Check out the video to learn more about Mu Wenjun's poverty relief work and the road ahead to prosperity for Kongdang village.