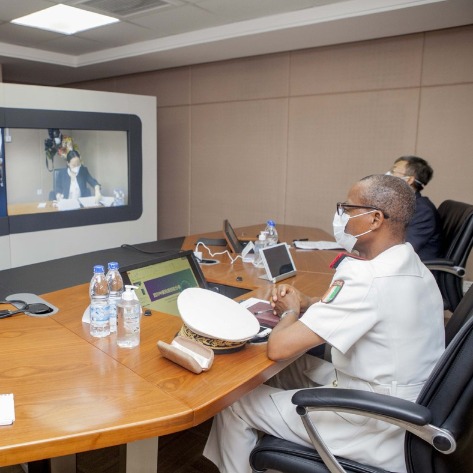 By He Wenping | China Daily

For years many have been attempting to smear the growing and mutually beneficial China-Africa relationship. The latest in the series of such attempts is the exaggeration of the Kenyan State Law Office's plea to the Kenyan government to stop Chinese company, African Star Railway Operation Co, from running railway lines, partly because revenue has been below target, by claiming that China has been spreading the net of colonialism across Africa through its assistance and cooperation programs.

Those media outlets and politicians regard Africa as being the backyard of the West which has no room for China. In particular, they have intensified their attacks on China-Africa relations during the global fight against the novel coronavirus pandemic, by twisting China's pandemic control and prevention measures and alleging that "China discriminates against Africans".

The racial labeling of China by these media outlets and politicians, especially US politicians, is unfounded and unfortunate, more so at a time when the global priority is pandemic control and prevention. But instead of indulging in such dirty lose-lose games and claiming that China is at the root of the global health crisis and thus a global threat, the United States and its politicians should make more efforts to control the pandemic at home where the virus has already claimed more than 100,000 lives, and humanely handle the nationwide unrest over the death of George Floyd, a black man who lost his life after being suffocated to death by a white police officer in Minneapolis, Minnesota, on May 25.

African countries have condemned the death of George Floyd and "denounced ongoing racism against black people in the United States". The African Union, demanded a full investigation into the African-American's death and criticized "continuing discriminatory practices against black citizens" as protests over the killing of the unarmed Floyd continued across the US and anger spread worldwide. Moussa Faki Mahamat, head of the African Union Commission, said the bloc condemns "in the strongest terms the murder of George Floyd".

African countries' relations with China are as solid as ever and the two sides are confident of emerging victorious from this crisis. The China-Africa friendship has stood the test of time through the devastating earthquakes in Southwest China's Wenchuan in May 2008 and Northwest China's Yushu city in April 2010, when African countries donated generously to China, to the Ebola outbreak in West Africa in 2014-16.

During the Ebola epidemic, China sent four batches of humanitarian supplies, funds worth 750 million yuan ($105.27 million) and a team of about 700 medical experts to African countries. And during the pandemic, China and Africa have written a new chapter in friendship and promoted the building of a community with a shared future for mankind. When China was at the peak of its battle against the virus earlier this year, African countries supported it as much as possible, with Equatorial Guinea and Djibouti donating $2 million and $1 million despite their relatively small economies.

At the end of the 36th Ordinary Session of the Executive Council of the Member States of the African Union in February, African countries' foreign ministers expressed solidarity with China in the fight against the novel coronavirus and highlighted the necessity of international cooperation.

And to boost Africa's fight against the pandemic, China has provided medical aid to more than 50 African countries and the AU, and sent five teams of medical experts to help train health workers in countries such as Burkina Faso, Ethiopia, Djibouti, Cote d'Ivoire and the Democratic Republic of the Congo. Also, 46 Chinese medical teams are helping their counterparts in African countries to contain the virus, while Chinese NGOs and companies are playing a vital role in Africa's fight against COVID-19.

China has demonstrated its commitment to building a community of shared health for humankind and a China-Africa community with a shared future. It has also taken effective measures and urged the international community to help Africa contain the virus. In a speech he delivered at the opening of the 73rd World Health Assembly on May 18, President Xi Jinping said that "we must provide greater support for Africa".

To promote international cooperation in the fight against the virus, as well as to boost economic and social development, especially in developing countries, China put forward five proposals: providing $2 billion for the affected countries; working with the United Nations to set up an efficient global humanitarian response center; establishing a cooperation mechanism to help Africa ramp up its disease preparedness and control capability; helping make vaccine (if one is developed) accessible and affordable for developing countries; and working with the international community to bolster support for the hardest-hit countries facing high debts so they can tide over the current crisis.

The China-Africa relationship has advanced through mutual support to overcome challenges over the past decades. In the future, too, the friendship will overcome any new challenges that emerge.

The author is a researcher at the Institute of West-Asian and African Studies, and the China-Africa Institute, Chinese Academy of Social Sciences. The views don't necessarily represent those of China Daily.