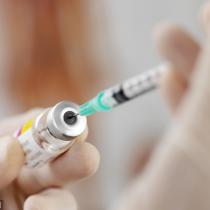 Addressing medical shortages in Hubei province, the center of the novel coronavirus epidemic, and speeding up overall detection of infections nationwide are key to combating the contagion's spread, health officials said.

The number of newly confirmed infections on the Chinese mainland rose by 3,143 on Thursday — a second-consecutive daily slowdown — bringing the total to 31,161 cases, according to the National Health Commission.

The mainland death toll rose by 73 on Thursday to 636, including 69 new fatalities reported in Hubei province. The total death toll in Hubei rose to 618, the commission said.

Meanwhile, a total of 1,540 former patients have been cured and discharged from hospitals as of late Thursday night. "The growth rate of newly-discharged patients has been increasing since January 30, including a small proportion of severely ill and elderly patients," said Guo Yanhong, an official with the commission's medical administration and supervision department.

However, Zhong Nanshan, a renowned Chinese respiratory expert, said it might still take a few days for the novel coronavirus outbreak to reach its peak, Nanfang Daily reported.

It's good that confirmed cases are decreasing, which means that early detection and early isolation have worked. Yet it is still too early to say that the epidemic has reached a turning point, Zhong said at a conference in Guangdong province on Friday.

As the fight against the viral outbreak has entered a critical period, health officials are working on boosting admission capacity of medical facilities that are under severe strain in Hubei, and enhancing intensive care capability.

"The most pressing issue in the province is the discrepancy between the rising number of patients and limited medical resources in the region," Guo said.

One approach to relieve pressure and reduce further transmission in Wuhan, the provincial capital where the virus first appeared, is to establish hospitals converted from gymnasiums, exhibition centers and sports centers in the city, she said.

"These temporary treatment centers work to maximize admission capacity while preventing infected patients from transmitting the virus further," Guo said, adding that by implementing rigorous management to prevent cross-infection risks and introducing psychological support services, these temporary hospitals will be effective in resolving resource bottlenecks at a rapid pace.

The acute shortage of medical staff also exacerbates treatment of patients in severe condition, resulting in mortality rates in Wuhan that are much higher than the national average.

Wang Guiqiang, head of Peking University First Hospital's infectious diseases department, said with the discovery of a range of new therapies, including antiviral drugs, plasma exchange treatment and the use of traditional Chinese medicine, mortality rates of those in serious condition will be driven down.

Zhong said that there have been some clinical trials for TCM, which hopefully can be used in epidemic prevention and treatment of patients with mild symptoms. He also reminded medical workers to follow standard procedures to protect themselves, and take turns to allow rest periods since it's easier to get infected when overly fatigued.

To further reduce the movement of people, the Hubei government on Friday also decided to close off all villages by blocking connecting roads with physical obstacles, leaving one guarded emergency passage connecting every two villages.

Groceries and other daily necessities will be brought and distributed collectively by village representatives to further reduce population mobility. All public gatherings will also be banned and nonessential public spaces will be shut down, the government said in a statement.

Violators of these rules will be seriously dealt with according to laws and regulations. Local officials who do not fully comply with or implement the new rules and lead to the spread of viral infections in families or communities will also be punished, it added.

Poor implementation of preventive measures in Hubei's villages has led to instances of transmission among crowds and delays in reporting confirmed infections, it said.

Nationwide, the speed of detection is crucial. "It is significant to expanding screening programs and improving testing capability to control the virus' spread," Guo said.

He Qinghua, an official with the National Health Commission's disease prevention and control bureau, said those having close contact with infected people must undergo a 14-day quarantine with medical observation at designated facilities or at home.

"Public security authorities can intervene by taking violators under control based on the law of infectious disease prevention and control. Isolation measures are productive in containing the transmission and identifying abnormal symptoms in close contact in a timely way," He said.