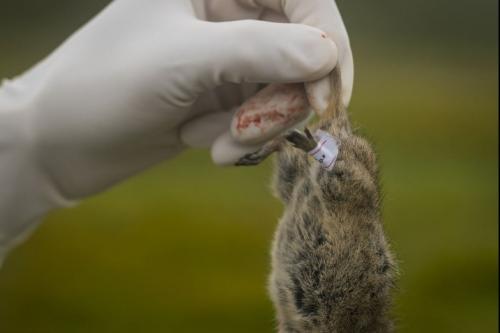 There is an extremely low risk for the spread of plague in Beijing after two cases were confirmed, the Chinese Center for Disease Control and Prevention announced Wednesday.

It said the two patients from XilinGol League, the Inner Mongolia autonomous region, have been quarantined and their activities since coming to Beijing have been investigated, while those suspected of exposure to the patients have been screened.

The center said it is safe for people to go to medical institutions as usual.

It also said Beijing is not a source of the plague epidemic, and there is no plague bacillus in its natural environment, so residents would not be infected through contact with animals including mice.

Things you need to know about plauge:

Caused by the bacterium Yersinia pestis, plague is considered as one of the most dangerous infectious diseases by China's health authorities. Symptoms include fever, severe toxemia, swelling of lymph nodes, pneumonia and bleeding tendency.

Plague has historically occurred in large outbreaks, with the best known being the Black Death in the 14th century, which resulted in greater than 50 million dead.

Plague affects a wide range of wild animals and is especially prevalent among rodents. It is transmitted through air and by fleas from animals to other animals and to humans. Direct person-to-person transmission occurs only in cases of pneumonic plague, when respiratory droplets may transfer the infection from the patient to others in close contact.

Antibiotic therapy is an efficient treatment for plague. Patients that receive early treatment are likely to be cured.

In times of plague outbreak, people in all regions are suggested to avoid close contact (within a 2-meter distance) with those who cough, and spend less time in crowded places. Residents in regions with prevalent plague must use insect repellent and stay away from dead animals and rodent habitats. Those who travel to infected regions must not hunt and eat local animals on their own account, and should note that taking livestock products out of infected regions is strictly prohibited. Household pets should also be kept away from infected animals.

People who display symptoms such as fever of unknown causes, swollen lymph nodes, chest pain and coughing should seek medical attention as soon as possible.