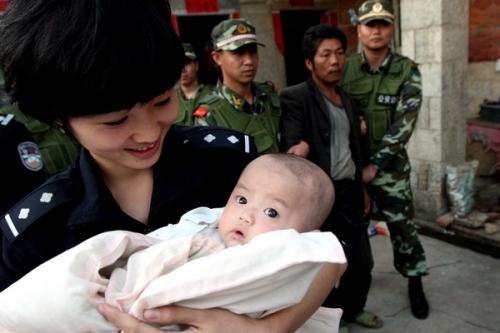 Chinese police have been using facial recognition technology to help identify and track down abducted children, according to the Ministry of Public Security.

The technology, developed by TencentYoutu, can use a picture of someone taken as a child and simulate what they would look like now as an adult, said Chen Shiqu, deputy director of the ministry's criminal investigation bureau.

According to Chen, the technology will be expanded to all public security departments across the country.

"Although a child kidnapped many years ago has grown up and his appearance has greatly changed, his present appearance can be simulated through the cross-age facial recognition technology," he said.

"The accuracy of the recognition can reach as high as 96 percent," he added.

In 2017, Fujian province in East China was chosen as the pilot region to test the technology, and it has helped to find more than 800 missing people in the province, according to the ministry.

Police in Sichuan province also used the technology in 2017 to find 13 missing children who had been abducted many years before.

In 2009, 3-year-old Gui Hao was abducted by a gang while playing near his parents' wine shop in Guang'an city, Sichuan.

Police later determined that the gang, led by Wang Haowen, had abducted 13 children from Sichuan province between 2006 and 2014, including Gui Hao, and sold them to people in Guangdong province.

In 2014, Wang was captured in Dazhou, Sichuan province. Police tried every means to find the children, but failed.

They later used the facial recognition technology to successfully simulate the children's present appearances. They managed to rescue 10 of them, seven by means of the technology, including Gui Hao.

"The appearances of the kidnapped children had changed a lot, so we turned to AI technology and by comparing the present simulated photo with those in the police database, we could narrow the search and locate the targets more accurately," said Jiang Xiaoling, an officer at the Sichuan Public Security Bureau.

She said police then took samples of the children's blood and compared their DNA with their biological parents. These methods led to the recovery of the 10 children.