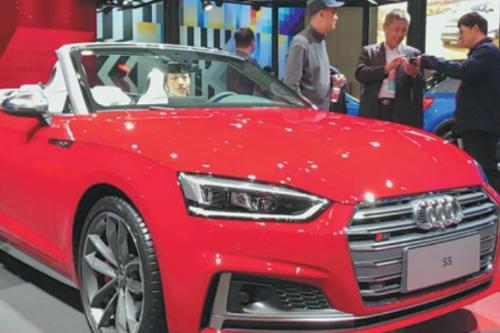 If there's any silver lining in China's lackluster car market, the improvement of vehicle quality can't be ignored.

The situation has not shown any sign of abating so far, and the China Association of Automobile Manufacturers expects the sales this year to fall by around 5 percent from 2018.

But the quality of domestically manufactured vehicles in China has improved significantly, with a 10 percent decrease in problems from 2018, according to an initial quality study by JD Power.

A total of 266 models from 67 different brands were included. The average new vehicle quality score of the industry this year was 95 problems per 100 vehicles, which was 10 problems less than last year.

A breakdown shows that 52 brands improved out of the 67 brands included in the study, now in its 20th year in China. Audi and Dongfeng Yueda Kia were champions in the premium and volume car segment, respectively.

Improvements occurred in six of eight study categories and the most improved categories were interiors, audio, communications, entertainment, navigation and seats, according to JD Power.

"As the market is not very good, carmakers are making more efforts to improve the quality of their vehicles, as those who do not improve will have a bigger chance of losing," Su said. He added car quality did not change for the better in the four to five years but a sudden improvement appeared this year.

"The pattern is true also in the United States. Cars' quality improved most back in 2008 and 2009, when it went through the financial crisis," said Su.

"Back then vehicles were even harder to sell than now in China. So carmakers tried everything to improve quality, which is a real differentiator."

Su said as the overall new car quality improves, Chinese carmakers are closing the gap as well with their international rivals in producing good cars.

He said as competition intensifies, many carmakers will be phased out if they cannot offer quality products and enjoyable experiences to customers.

According to JD Power, there are 117 carmakers in China, including local companies and joint ventures of international brands. In the US, which is the second largest auto market after China, there are only 17.

"There must be consolidation. It will not be as few as in the US, but it will be realistic to reduce them to 30 to 50," Su said.

New energy vehicles were also included in this year's survey. The category involved 2,770 owners of 41 models from 27 brands.

But owners complained mostly about problems found in gasoline vehicles including interiors and exteriors instead of batteries or electric motors.

Chinese startup Nio ranked No 1 in the segment. Shen Feng, its vice-president responsible for quality, said the performance was because of Nio's emphasis on customers from the very start.

"We are a customer-oriented company, and quality is our belief," said Shen, who worked at traditional carmakers including Volvo and Ford.

He said Nio has also involved car owners in helping debug and it takes seconds to send a proposal through an online system. With traditional carmakers it may take three to four weeks, Shen said.