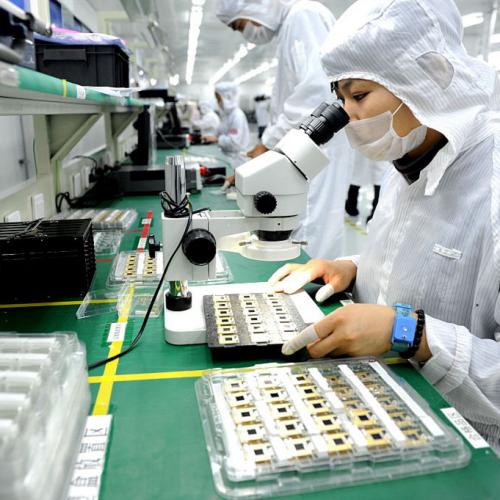 China, US still have room to cooperate in science and technology

The scientific communities of China and the United States still have room for exchanges and cooperation despite ongoing trade and technology disputes between the two countries, a senior science policy researcher said.

Stability, development, exchanges and global integration will remain China's top priorities in the coming decade. Hence, it is crucial for China and the US to respect, rationally perceive and adjust to each other's national needs, Pan Jiaofeng, president of the Chinese Academy of Sciences' Institutes of Science and Development, told China Daily in an interview.

The scientific communities should also enhance mutual exchanges and integration of standards to jointly tackle global issues including climate change, aging populations, energy and resources, and natural disasters, he said.

In recent years, China has seen substantial development in science and technology due to strong government planning and support, bigger investments, greater efforts from tech enterprises and sweeping reforms tailored to the needs of researchers to unleash their full innovative potential.

China's budget for research and development increased to 2.18 percent of its GDP last year, reaching a record high of 1.96 trillion yuan ($285 billion), according to the National Bureau of Statistics. There also was a 16.9 percent year-on-year increase last year in patent applications from Chinese innovators, amounting to 4.32 million at home and abroad.

China broke into the world's top 20 most innovative economies, jumping from 22nd in 2017 to the 17th last year, according to the Global Innovation Index 2018, published by Cornell University, the World Intellectual Property Organization and INSEAD, a global business graduate school.

Pan said these achievements are manifestations of China's growing technological capability, fueled by the desire to use innovations to push socioeconomic progress.

This, however, has led to some Western countries, such as the US, fearing that China's scientific and technological rise will challenge their global position. "This sentiment is understandable, but misguided," he said.

"China is still a developing country, lacking a base and accumulation of innovation capability compared with the US, as well as drastically different national conditions," Pan said. "This means we cannot follow the developmental path that the West expects us to take, and we have to forge our own path one step at a time.

"But now the US is treating China like a developed country capable of challenging its global dominance, it is holding China to standards that we cannot meet for the time being, and it makes accusations against us if we don't," he said.

As of late May, the US Department of Commerce had placed more than 140 entities from the Chinese mainland on its Entity List, a ledger of firms legally prohibited to trade with the US, on the basis of an alleged threat to US national security and interests.

In June, five entities were added to the list: Chinese supercomputer manufacturers and institutions including Sugon, Higon and the Wuxi Jiangnan Institute of Computing Technology, the chipmaker for China's most powerful supercomputer, Sunway TaihuLight, which also ranked as the third most powerful globally.

The United States also is targeting Chinese scholars and students by closing their labs or denying visas to visit the US over alleged spying dangers. In May, Emory University in Atlanta fired neuroscientists Li Xiao­jiang and his wife, Li Shihua, both US citizens who had worked at Emory for more than two decades, accusing them of hiding funding and ties to institutions in China.

"These actions are antithetical to the US' immigrant roots and interests, and will impede global scientific exchange and progress," Pan said.

As for China, US seclusion means scientific fields that rely heavily on importation of advanced equipment will be affected the most. "The silver lining of US pressure is that China will be forced to innovate and be self-sufficient," Pan said. "The US cutting off exchanges will slow us down a little, but will not stop our strides for progress."

Given the uncertainty of the situation, scientists and scholars around the world fear that the world will be divided into two major blocs, like during the Cold War. "Splitting the world into two systems and hyping the clash of civilizations will be disastrous for all humanity," Pan said.

"The current international systems were mostly put in place after World War II, but this world order did not anticipate the astonishing rise of China," he said. "As a result, some norms within the current global systems must change in order to accommodate the new dynamics, a process in which China is willing to help."

China has been slowly and sincerely contributing its own standards and knowledge to global governance, especially in regard to the social impact and governance of artificial intelligence, biosciences and other emerging technologies, Pan said.

"China is not a disrupter, but a contributor to the current world order," he said.