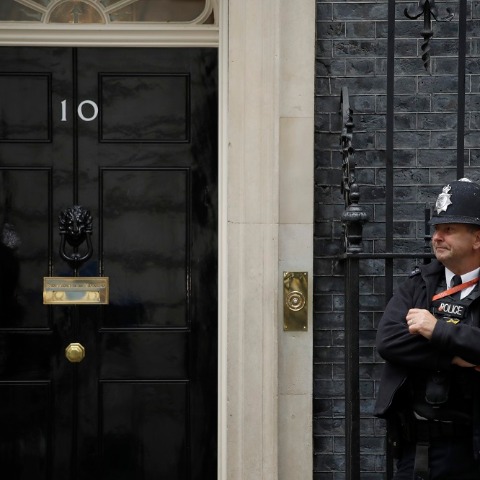 After a series of failures to negotiate a Brexit deal in parliament, Theresa May resigned as British prime minister on June 7, triggering a contest for the Conservative Party's leadership.

Boris Johnson, former British foreign secretary and a Brexit hardliner, has established a strong lead for the Tory leadership. In the initial rounds of voting by Conservative Party members, he won 114 votes. And in the final round on June 20, Johnson won 160 votes while his nearest rival Jeremy Hunt, foreign secretary in the May government, got 77 votes. The two will now contest for the British prime minister's post, which will be decided in late July.

Johnson, an advocate of hard Brexit, was accused of misleading the public before the Brexit referendum in 2016. So how did he gain such a lead in the Tory leadership contest? First, according to the Brexit referendum result, Britons are divided almost equally between leaving and remaining in the European Union, which in turn shows British society has not reached a consensus on the withdrawal path and conditions. Second, after negotiations with the EU for almost three years, May failed to persuade Tory members and convince the Labour Party to accept her Brexit deal, especially because she refused to change her policy even after three successive deals were voted down by parliament.

The Brexit process has also been delayed due to internal and external problems, and the fact that May's Brexit deals couldn't achieve the initial objective has caused Britons to lose their patience.

The recent European Parliament election results show those parties that demonstrate a strong tendency to either remain in the EU or leave it have gained the most votes. That's why the Brexit Party, formed by former Independence Party leader Nigel Farage, became the biggest winner in the EP elections in the United Kingdom followed by the Liberal Democrats that advocates remaining in the EU.

And since Johnson has been a firm advocate of Brexit and did a good job as London mayor, he has become much popular among Conservative Party members.

Since he entered the race, Johnson has been adamant that the UK will not seek another Brexit extension if he becomes prime minister. "If I get in, we'll come out, deal or no deal, on October the 31st", he has said.

Yet his position seems to be softening over the past few days.

In a TV debate on June 18, Johnson avoided another candidate's attempt to force him to give a straight answer to a question on whether he would leave the EU even without a deal instead of trying to delay Britain's exit from the EU, and only said that "Oct 31 is eminently feasible".

Perhaps by softening his stance, Johnson hopes to gain the support of the Tories who are inclined to remain in the EU and nonhard Brexiteers.

And considering the Conservative Party's interests, he also hopes that a somewhat softer Brexit stance will help him prevent the Brexit Party from gaining support in the next UK general election and counter the Labour Party's efforts to prevent his elevation to 10 Downing Street.

Therefore, Johnson might alter his position in the future. Whether a deal on Brexit is reached or not, he is likely to exert more pressure on the EU to reopen the debate on the withdrawal agreement that May negotiated, especially the controversial "Irish backstop", which many say could force the UK to have a permanent customs union with Europe, with or without Brexit.

It is also possible that Johnson might just negotiate cosmetic changes to May's withdrawal agreement and then attempt to ram it through the parliament.

Overall, a no-deal Brexit would serve the interests of neither the EU nor the UK. A lot will depend on whether Johnson has a practical plan to resolve the lingering Brexit issue. Also, if he becomes prime minister, how will the British government deal with the United States and the EU remains another big concern.

The author is director of the Center for European Studies at Fudan University. The views don't necessarily represent those of China Daily.