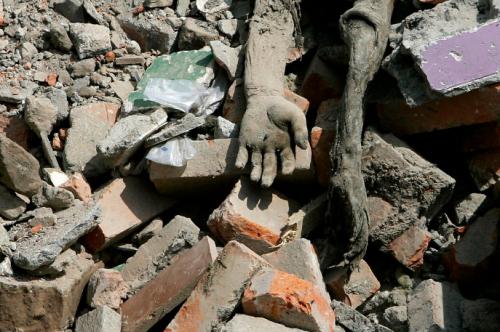 The China Earthquake Administration pledged to enhance its earthquake detection capability as it rolls out an experimental project in the country's tremor-plagued southwestern region.

The administration has established over 360 new monitoring stations in the China Seismic Experimental Site, which spans Sichuan and Yunnan provinces, since construction of the project was launched about one year ago, Zheng Guoguang, vice-minister of emergency management and head of the administration, told a news conference on Friday.

The area previously had about 1,000 monitoring stations.

China is the only country that lists forecasting earthquakes as a government responsibility.

Considering our limited knowledge about earthquakes, the forecasting work has to be based on observation. However, the weak signals from underground are often disrupted by electromagnetic interference, he said.

He said that in cooperation with the government of Shenzhen, Guangdong province, his administration has established a research institute to accelerate the development of new apparatuses for underground detection that could reduce interference from human activity.

"We will also explore carrying out observational experiments in wells from hundred of meters to 1,000 meters deep, and through scientific drilling that will penetrate active earthquake faults to gain more information about underground structures," he said.

Currently, 13 countries have been involved in the project, including Russia, Egypt and Algeria, and 17 domestic research teams, including one from University of Science and Technology of China, have started research on the site, Zheng noted.

The site will "offer research teams with observation equipment, support for outdoor observation and data sharing services", he said.

Wu Zhongliang, director of the administration's Institute of Earthquake Forecasting, said the experimental site will help form a "united front" at the national and international level to work on earthquake forecasting.

Referring to earthquake forecasting as a hard nut to crack, Wu said the work cannot see marked progress just in a few days, but forecasting capability will be improved as technology develops. "If it's a war between humans and earthquakes, it's us that will finally win," he said.

Paul Tapponnier, a distinguished research professor at the administration's Institute of Crustal Dynamics, said he "wholeheartedly" welcomes the project. China boasts unique conditions to carry out the experiment as most of its earthquakes occur "inside the land under the feet of the people" rather than in the ocean, and there are many active faults in the country.

"My personal hope is that if there is any way or any future in trying to forecast earthquakes, it may very well happen in China," said Tapponnier, also foreign associate member of the United States' National Academy of Sciences.