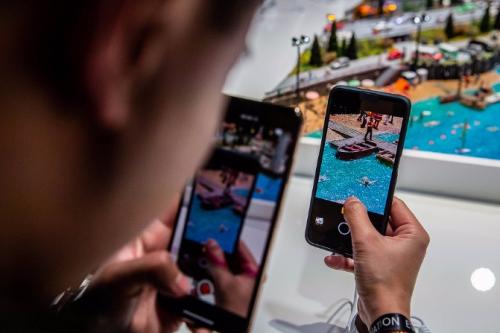 China to emerge as global smartphone powerhouse by 2025

China will become the world largest smartphone superpower by 2025, according to a report by GSM Association (GSMA), the organizer of the Mobile World Congress in Spain, on Monday.

In the Mobile Economy 2019, three new smartphone superpowers will emerge by 2025, and China will take the lead with about 1.46 billion smartphone connections.

The report also mentions key highlights such as 5G, mobile internet and artificial intelligence . The fifth-generation technology or 5G will add $2.2 trillion to global economy over the next 15 years, the report said.

5G connections number will account for 15 percent of the world's total to 1.4 billion by 2025, and the connections figure is forecast to reach around 30 percent in China and Europe, respectively, and about half of the total in the US.

More than 60 percent of the world population - about 5 billion people - will get access to mobile internet by 2025. By that time, mobile subscribers will reach to 6 billion, of which some 700 million will be new subscribers and half of them - 359 million- will come from Asia-Pacific.

China, which will contribute 8 percent to global new additions, takes the second place among seven countries in the world which account for half of new subscribers.

Mobile is a key driver for digital content consumption which is represented by video, the report said. A growing number of people take longer time and are more frequent to watch video on their devices. In 2018, China showed the highest proportion - about 80 percent - of smartphone users watching free online video at least once a month, an increase of 10 percent year-on-year.

AI could have a major impact on the world economy, since it may potentially contribute $16 trillion - which equivalent to an increase of 14 percent - to global GDP by 2030, and this could be as much as 26 percent in China, the report said.