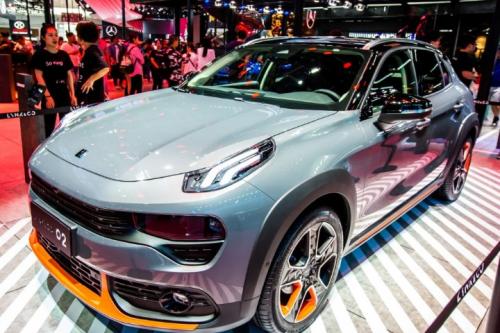 China's private enterprises are grasping the opportunities from the global intelligent transformation trend, and are performing strongly against their international competitors thanks to their homegrown technologies, experts said.

Such companies have boomed and contributed greatly to China's economy since the country's reform and opening-up 40 years ago.

China's vast market provides an ideal base for the application of intelligent technologies such as artificial intelligence and big data. Taking advantage of this landscape, some private businesses have made continuous breakthroughs in the domestic market, and are now exporting their technologies to the rest of the world.

"Different countries have not formed a unified model for intelligent transformation, which means no unicorn enterprise has emerged in this area, providing China with an opportunity to overtake the competition in this field," said Guo Bin, a professor at the School of Management of Zhejiang University.

Alibaba's and Tencent's virtual wallets Alipay and WeChat Pay have enabled China to become the world's largest digital payment market. Both are now exporting funds and techniques to mobile payment startups in other Asian markets.

Alipay said it has brought its mobile payment services to nine countries and regions in East Asia, Southeast Asia and South Asia.

Deepwise.com, an AI startup specializing in medical imaging interpretation, claimed that most of its foreign competitors can only work on one type of disease. But the startup's AI system can interpret images of lung cancer, breast cancer, cerebral hemorrhages and cerebral infarction, as well as bone age measurements for teenagers.

Qiao Xin, co-founder and CEO of Deepwise.com, said the company has already taken steps to expand overseas. It currently has offices in Beijing, Shanghai and Hangzhou, with operations in more than 200 hospitals nationwide.

"The proportion of Zhejiang out of the country is high, and with a complementary relationship with State-owned enterprises, private businesses in the province functioned importantly in making the region a highland of intelligent upgrading," Guo said.

A meeting between some representatives of private business owners and President Xi Jinping in Beijing on Nov 1 reinforced the message that China will unswervingly encourage, support and guide the development of the nonpublic sector.

"I felt fairly heartened as Xi said that private enterprises had played an indispensable role in pushing forward the country's economic development since the reform and opening-up 40 years ago and helped the country create a 'China miracle'," said Chen Jianke, vice-president of Zhejiang CHINT New Energy Development Co Ltd, which was established in 1984.

The advanced intelligent transformation of Zhejiang businesses was closely related to the longstanding entrepreneurship of local businesses and the entrepreneurs' active explorations in foreign markets and cooperations with industries overseas since the early days of the reform and opening-up, experts said.

"Their performance has been strong overseas and they succeed with a strong sense of holding together," said Shi Yulong, director of the Institute of Spatial Planning and Regional Economy under the National Development and Reform Commission.

According to the Zhejiang Entrepreneur Association, 48 private enterprises from Zhejiang are listed as the top 500 Chinese enterprises this year, and the number for last year was 43.

Guo said: "Zhejiang entrepreneurs are very sensitive to market opportunities and the market economy in Zhejiang is relatively mature and open, which is beneficial to the development of emerging industries and business models."

He said one of the key innovation powers of some big Zhejiang private enterprises lies in their bold steps of overseas acquisitions. For example, Geely Holding Group Co purchased Volvo Cars in 2010.

In addition to Geely's robust development in the domestic market, it has also made strides overseas under policies of further openingup and the Belt and Road Initiative.

Gao Po, the company's director of public relations, said that Geely cars have made stable market performance in Egypt, Saudi Arabia and Belarus.

The company also said its mid and high-end Lynk&Co cars are expected to make market debut in West Europe, one of the world's traditional automobile bases, in 2020.

"It'll be the first time that cars from a Chinese enterprise enter the West European market," Gao said.

Another innovation force for Zhejiang private enterprises comes from their long-standing awareness of cooperating with universities and scientific research institutions for development and upgrade, Guo said.

The high-tech parks and incubators, such as the China Artificial Intelligence Town in Hangzhou, have close cooperation with research teams from Zhejiang University, Peking University and Shanghai Jiao Tong University, he said.

The provincial government put forward the integration of industrialization and informatization in as early as 2003, and in October this year, the city government of Hangzhou released an action plan with an aim of building the city into the country's No 1 city in terms of digital economy by 2022. At least 50 world top AI talents will be introduced to Hangzhou, according to the action plan.

Qiao from Deepwise.com said the startup had been founded with the help of such talents with strong academic background and industrial experience.

"However, as for myself, I had worked in foreign enterprises, which entered the Chinese mainland after the reform and openingup. We used to believe that foreign companies have advanced technology and management and offer a higher pay," Qiao said.

"But in recent years, the glory of foreign businesses has been downplayed as China's domestic counterparts continued to grow in competitiveness. A large number of outstanding talents are flowing back to domestic enterprises or starting up their own businesses," he said.