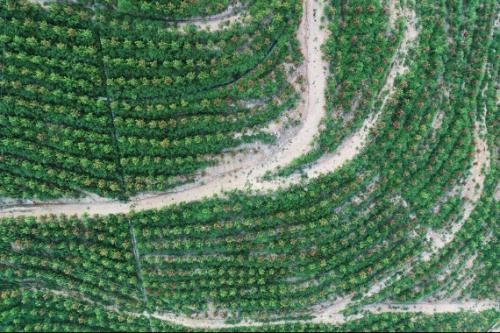 China reduced its total area of rocky desert by 1.93 million hectares between 2011 and 2016, according to data released Thursday by the National Forestry and Grassland Administration.

Over that period, the country recorded an average annual reduction rate of 3.45 percent, or 386,000 hectares, Liu Dongsheng, the administration's deputy director, said at a news conference in Beijing.

"The poverty stricken population in the eight provincial regions decreased by 38.03 million from 2011 to 2016, and the poverty rate dropped from 21.1 percent to 7.7 percent," Liu said.

He added that deforestation often occurred due to cultivation, firewood collection and overgrazing, posing challenges to the prevention and control of desertification.