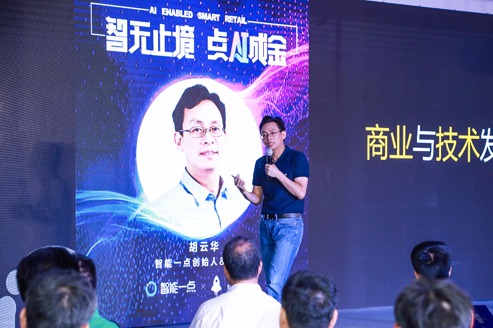 While online shoppers might be in the mood to binge shop even in the middle of the night, online retailers may find that hiring enough customer service staff who agree to work the night shift is an increasingly costly burden.

This is a typical dilemma that Abitai Tech, a Chinese artificial intelligence startup founded in 2016, is trying to solve with its AI technology and human-computer interactive system.

Robota, based on AI natural language processing, multiround interaction and interactive recommendation technologies, can significantly reduce the threshold of the dialogue interaction design, reduce the access cost of the personalized intelligent guide and dialogue robot for retailers, and improve the development efficiency and performance of the chatbot, according to the company.

Hu said Abitai's chatbot can play a great role in helping retailers to achieve profit growth because it can address 97 percent of questions raised by customers, its independent reception rate can reach 60 percent and 15 percent of the customers it receives choose to place orders after consulting with it.

China's e-commerce trading volume reached 29.16 trillion yuan ($4.41 trillion) last year, up 11.7 percent year-on-year, of which the online retail sales increased to 7.18 trillion yuan, with the number of China's online shoppers growing to 533 million, according to data released by the Department of Electronic Commerce and Informatization, Ministry of Commerce in May.

The massive online consumer population has brought challenges to online retailers. To offer efficient and high-quality customer services, they need to increase human resources investments if there are no other alternative solutions.

Liu Yang, founder of Xiaolu Inc, a company running the disposable diapers brand Deerting on e-commerce platforms such as Tmall and JD, said: "Ninety-six percent of our sales are achieved on e-commerce platforms, but we do not want to keep increasing customer service staff. And as the costs in staff maintenance rise, we hope to further reduce the manpower."

Abitai's Robota project was initiated last May and was first piloted on the single category of disposable diapers. Since then, it has transformed from a knowledge-oriented question-and-answer robot to a task-oriented robot and then to a recommendation robot, according to Zheng Juncheng, chief operating officer of Abitai.

Zheng said Robota now has been serving clients from multiple segments such as clothing, home appliances and jewelry, and it is expected to achieve mass replication across different commodity categories and different industries in the future.

In an interview with chinadaily.com.cn, Hu said even on the world stage, Abitai's AI-powered e-commerce chatbot technology is on top because it has a first-mover advantage and there is strong demand in China's e-commerce market.

The company also announced the start of its A round of financing at the launch event. It has received more than 30 million yuan of financing from investors such as Palit Asset Management Co Ltd and K11 Art Mall so far.