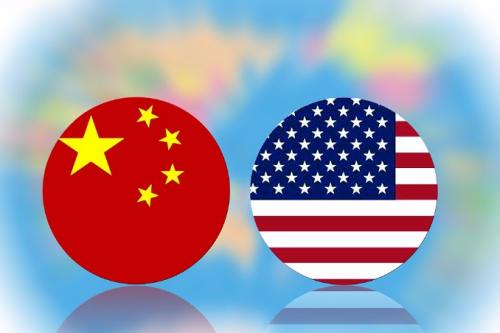 Tariff plan shows US misconception about world trade: US expert

NEW YORK - The US government's recent move to impose controversial tariffs on imports from China shows it suffers from misconceptions about trade relations, a US academic said.

On Tuesday, the United States threatened to slap an additional 10 percent tariff on $200 billion worth of Chinese goods. It has been long complaining of being taken advantage of by many of its trading partners, and "suffering" from trade deficit.

"Millions of Chinese workers toil for about two to five dollars an hour on behalf of American people that buy a lot of reasonably well-made Chinese products and have in material terms a higher standard of living," Contractor said, pointing out that while the United States has a trade deficit with China in merchandise, it enjoys a surplus in services.

"Trade statistics can be misleading and one should really look at the balance of payments," he said.

"At the end of the year, foreigners have more dollars left in their hands, including the Chinese government, re-circulating those dollars back into the United States," he explained.

In an article on his website Globalbusiness.blog, Contractor listed how US consumers "enjoy" rather than "suffer" from the trade deficit.

As billions of surplus dollars are reinvested in the United States, the dollar remains strong. With strong buying of, faith in, and demand for US Treasury bonds, the interest rates for American consumers' auto loans and mortgages remain low.

"Unless the United States imposes tariffs on all of the rest of the world, it is unlikely that manufacturing jobs would come back in any significant way," Contractor said.

Even if Chinese products may become more expensive because of additional tariffs, US manufacturing jobs may not increase a lot as the average salary, including benefits, may be as high as $35 an hour. International companies may turn to Vietnam or Bangladesh to lower costs.

Contractor added that while jobs will be preserved for a while against international competition in industries like steel, winning back those already gone is difficult because global value chains take time to be reshaped.

He also emphasized the fact that US workers are losing many jobs because of automation rather than outsourcing.

Statistics show that for every US job lost through international outsourcing, three jobs are lost because of automation.

Globalization and international trade are not entirely to blame for the loss of jobs in the United States, the academic said.

No need to fear competition

Contractor said there is no need for the US government to panic about competition. The Trump administration should understand that "in the long run, competition makes your own companies run faster."

He has a suggestion how US companies can run ahead of Chinese companies --through better research and development.