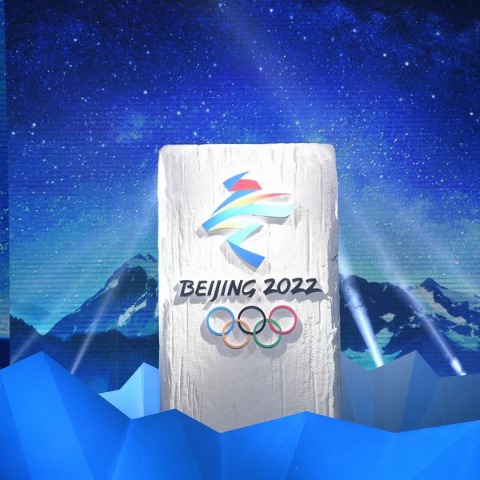 US not expected to oppose '22 Games

By ZHAO HUANXIN in Washington | chinadaily.com.cn

The United States has not changed its posture or plans regarding the Beijing 2022 Winter Olympics, scheduled to open a year from now, the White House said on Wednesday as a US Games panel also said it opposes boycotts.

"We're not currently talking about changing our posture or our plans as it relates to the Beijing Olympics," White House spokeswoman Jen Psaki said at a news briefing, ahead of the one-year countdown to the Winter Olympics, due to open on Feb 4, 2022 in Beijing.

"We consult, of course, closely with allies and partners at all levels to define our common concerns and establish a shared approach, but there is no discussion underway of a change in our plans from the United States at this point in time," she said.

Beijing won the bidding to host the 2022 Olympic and Paralympic Winter Games in July 2015. All competition venues in Beijing are now ready for test events, the Beijing Major Projects Construction Headquarters Office said on Wednesday.

Along with the 2008 Games, Beijing will become the first city in the world to host both the Summer and Winter versions of the Olympic Games.

Similar to an outcry prior to the 2008 Olympics, some rights advocacy groups and a few US Republican senators have recently called for the International Olympic Committee (IOC) to take the event out of China, an attempt that China said was politically motivated and would never pass.

"I must point out that it is highly irresponsible for some parties to try to disrupt, intervene and sabotage the preparation and holding of Beijing Winter Olympic Games to serve their political interests," China's Foreign Ministry spokesperson Wang Wenbin said on Wednesday.

"Such actions will not be supported by the international community and will never succeed," he said at a regular briefing in Beijing.

Wang said all Winter Games lovers are looking forward to taking part in Beijing Olympics, and China's preparation work has won full recognition from the international community including the IOC.

The US Olympic and Paralympic Committee said it was against such a boycott.

"We oppose Games boycotts because they have been shown to negatively impact athletes while not effectively addressing global issues," the committee said in a statement.

Jon Taylor, professor and department chair of Political Science and Geography at the University of Texas at San Antonio,said the resolution introduced by some Senate Republicans to boycott the 2022 Beijing Winter Games is attempting to place political pressure the Biden Administration and the US Olympic and Paralympic Committee.

"Psaki's remarks suggest that the Biden Administration isn't discussing a boycott with US allies and is not considering pushing the US Olympic and Paralympic Committee into changing their plans for the 2022 Beijing Winter Games," Taylor said.

IOC President Thomas Bach has said the preparation work of the Beijing 2022 Winter Olympics was "almost a miracle".

"Despite the challenges of the pandemic, the preparations for the games have progressed so smoothly," Bach was quoted by Xinhua as saying last Thursday.

Also on Wednesday, Ned Price, spokesperson of the US State Department, confirmed that the Biden administration will remain committed to the one-China policy.

"Our policy has not changed," Price said when asked at a briefing if the Biden team supports the policy.

The one-China principle has been long held as the political foundation for bilateral relations between China and the US, and China has listed Hong Kong, Tibet, Xinjiang and Taiwan among issues concerning the country's core interests, national dignity and sentiment of its 1.4 billion people.

"They constitute a red line that must not be crossed," said Yang Jiechi, a member of the Political Bureau of the Communist Party of China Central Committee and director of the Office of the Foreign Affairs Commission of the CPC Central Committee.

"China expects the US to honor its commitment under the three Sino-US Joint Communiqués, strictly abide by the one-China principle, and respect China's position and concerns on the Taiwan question," the top Chinese diplomat said in an online dialogue with the National Committee on United States-China Relations on Monday.